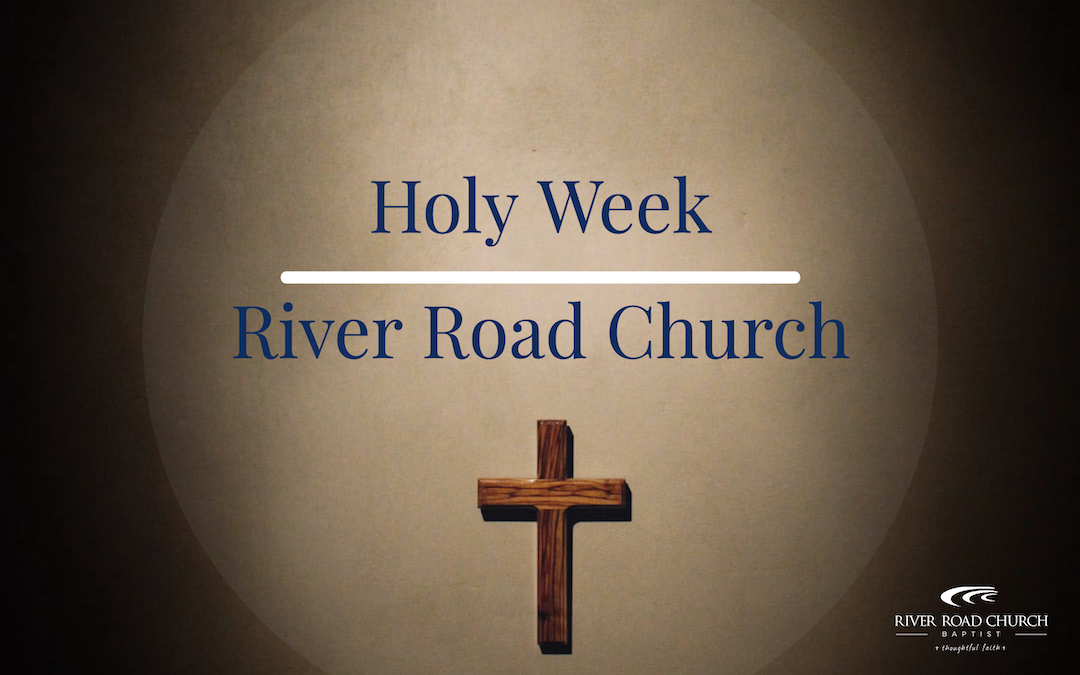 Several years ago, I had the pleasure of singing with my church choir the beloved church musical Celebrate Life! The musical, you may be aware, follows the life and ministry of Jesus. While singing this music was an incredible experience, one moment disturbed me greatly.

The most difficult part of this choral piece has nothing to do with music. The most difficult part of the musical comes when the score and script have the choir play the role of the angry crowds surrounding Jesus in his final days. The choir, during the scene with Jesus and Pilate, is supposed to shout chants of “kill him!” and “crucify him!” I have to tell you, I could hardly form the words.

The Gospel accounts of Jesus’ final days, and particularly the account of Good Friday, are surely among the most painful passages of scripture. For one thing, the details are gruesome. But there is another reason these scriptures are painful. I think it is because when we read them honestly, we can find ourselves in the story. We find ourselves there in the crowd. As much as I would desire to be counted among Jesus’ loyal followers, I’m afraid I might have deserted or denied him just as his friends did.

As much as I’d love to believe that I would have stuck by his side…to the end, I’m not so sure.

Considering my own place in the crowd when Jesus was being beaten and killed causes me to think of that beautiful, but perhaps haunting Spiritual, Were You There.

Well, there are inherent qualities of both the music and the story, the text of this hymnal, that make it just a universally important hymn or spiritual for us to know. It outlines a story that we should all understand. The idea of whether we can personally put ourselves in the place of those who are present throughout the story of the crucifixion and removal to the tomb. So for that reason it became the very first spiritual, African American spiritual, to appear in a main line hymnal; the 1940 hymnal of the Episcopal Church. It had been published in 1899 in a volume called Old Plantation Hymns. But its first appearance in a church hymnal was in 1940. In 1938 H.W. Gray published a setting by Harold Friedell who would someday become the organist/choir master at St. Bartholomew Church on Park Avenue in New York. This spiritual lends itself very well to be sung as a solo or as a choral piece because of its simplicity and yet the depth of feeling of the whole piece.